@David Harper CFA FRM , can you please share an example of the below case if possible?

It will be easy to remember this with an example.

Staff member
Subscriber
Hi @Raj Sachdeva I would like to add another diagram to the notes (I had a chance to tweak the diagram due to a question recently asked). Below are the two cases. The first is GARP's example in their Chapter 1 (which confused me for a while because the yellow 12% is broken into 10% and 2% in theirs); I think mine is a little better especially with the color although, again, the top below is essentially the same example as illustrated in GARP's chapter 1. The second is not in the notes (or source) because I just now created it, but we will add on revision. 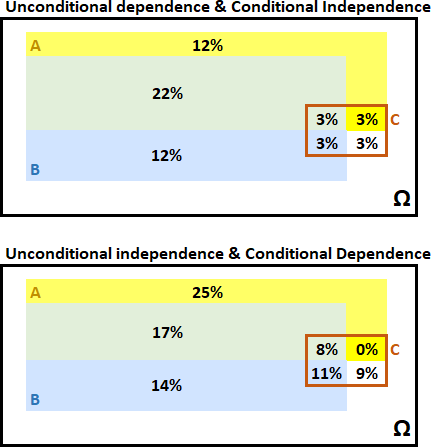 In terms of literal (textual) examples, I think you have a good suggestion.

Note: This has been added to the published Study Notes
Last edited by a moderator: Sep 17, 2021
R

@David Harper CFA FRM excellent examples David. Very helpful. The concept is now easier to grasp. Thanks!
You must log in or register to reply here.